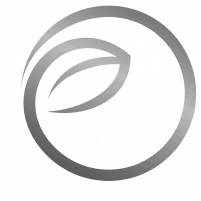 If dieting and regular workouts at the gym haven’t quite been enough to give you the results you’re working so hard to achieve, then CoolSculpting® might be right for you. The team of body sculpting experts at Essence Skin Clinic in Rochester, Minnesota, provide noninvasive CoolSculpting treatments to permanently get rid of the most stubborn fatty deposits. Start your path to a slimmer you by booking a CoolSculpting consultation online. You can also call the office directly to schedule.

How does CoolSculpting destroy fat?

CoolSculpting incorporates cutting-edge cryolipolysis technology to literally freeze fat cells without the need for surgery. During your CoolSculpting procedure, your dedicated body sculpting specialist applies the system’s comfortable paddles to your targeted treatment area, such as your flanks, abdomen, or inner thighs.

As you lie back and relax — you can even read a book — CoolSculpting goes to work and starts sending waves of freezing energy deep down into fat (adipose) tissue. Because this ultra-cold temperature is abnormal for fat cells, it disrupts their normal structure and function.

As fat cells break down, your body starts recognizing the particles as foreign waste. Over the following weeks, your lymphatic system stays busy flushing out all of those fat cell particles. Unless you gain weight in the future, all those fat cells destroyed by CoolSculpting are gone for good. 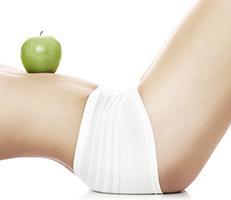 Not at all. Though the thought of permanently destroying fat cells might sound painful, CoolSculpting is known for being comfortable and gentle. Depending on your specific treatment area, some men and women report feeling some mild cramping during their CoolSculpting session, but not pain. The sensations from CoolSculpting are well-tolerated.

How long does it take for CoolSculpting to work?

Because there are so many biological processes involved in flushing away fat particles after a CoolSculpting session at Essence Skin Clinic, it takes time for you to experience all of the benefits this revolutionary treatment has to offer. But what’s so great about the progression is that as you gradually start to slim down over the next three to four weeks, your results are natural-looking. It won’t look like you’ve had work done.

Most men and women who have CoolSculpting treatments at Essence Skin Clinic experience optimal body contouring effects just 8-12 weeks after a single treatment. Although only one CoolSculpting session is generally needed, if you have more stubborn fat or want to treat multiple areas, you could need up to two to three visits, each spaced about four to six weeks apart.

Book your CoolSculpting consultation at Essence Skin Clinic today. Click on the online scheduler, or call the med spa.

Essence for the Face

Essence for the Body